Tabbouleh is a Middle Eastern salad traditionally made of bulgar wheat, parsley and mint, tomatoes and spring onion, seasoned with lemon juice and olive oil. With the summer in full swing in many parts of the world there is an abundance of fresh vegetables. One healthy way is to have the vegetables raw and that is a highlight of this salad. Also, with the temperatures soaring to 100F it is always refreshing to have something cool and this is a cold salad making it perfect for the season.

I came across Tabbouleh while casually cruising through the recipe cards in the grocery store. After reading about the health benefits of quinoa, I am always on the lookout for ways by which I could use quinoa. So here I have substituted bulgar wheat with quinoa, used cilantro instead of parsley and omitted mint as I was out of it. The result was a refreshing and healthy salad with the goodness of quinoa and vegetables.

This is primarily a herb salad where heaps of parsley and mint are used. So feel free to alter the herbs or vegetables depending on what you have on hand. This is also a very simple recipe where the only thing that is cooked is quinoa and the rest of the stuff is raw. Can it get any easier? Let’s get started. 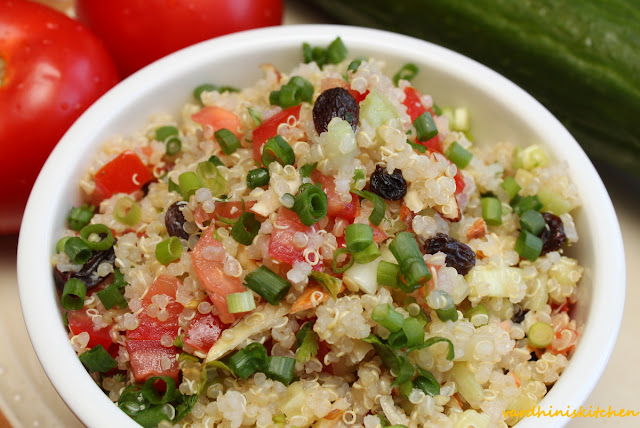 Method
First let’s see how to cook quinoa. Rinse the quinoa. Take 1 cup of water in a pan and bring it to a boil. To it add the quinoa. Use 2 parts of water for 1 part quinoa. 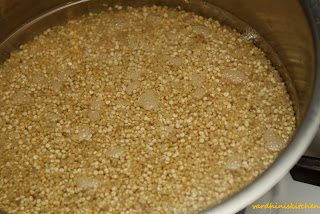 Cook for 15 minutes until the germ separates from seed. You can see that the quinoa looks pearly with a white ring around it. Fluff it with a fork and leave aside to cool. 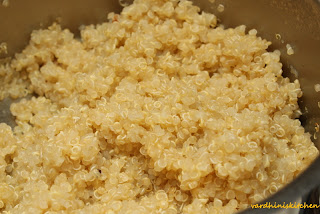 Toast the almonds in oven, microwave or stove top. 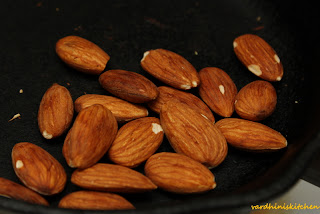 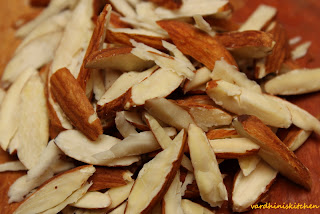 Assembling the salad now. First place tomatoes in a bowl. 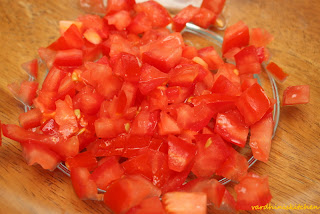 Next add the cucumber. 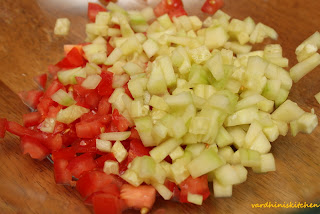 Next goes the green onions. 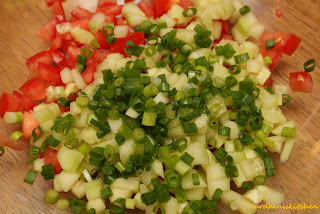 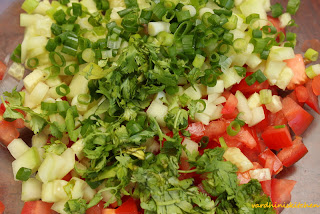 Add the cooked quinoa and salt. 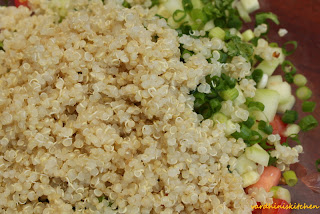 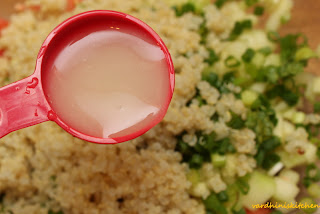 Add the olive oil. I have used the extra virgin olive oil. 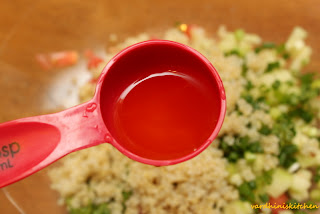 Add the almonds and rasins. 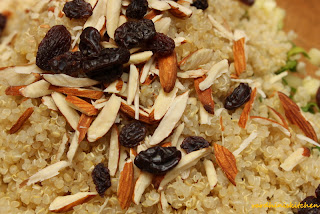 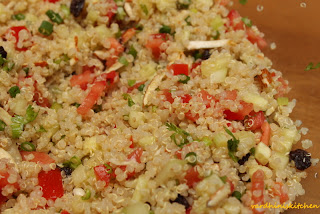 Simple right. Chill for few hours in the refrigerator and serve it cold. (Room temperature should also be fine.) This was our dinner for tonight and it tasted awesome. 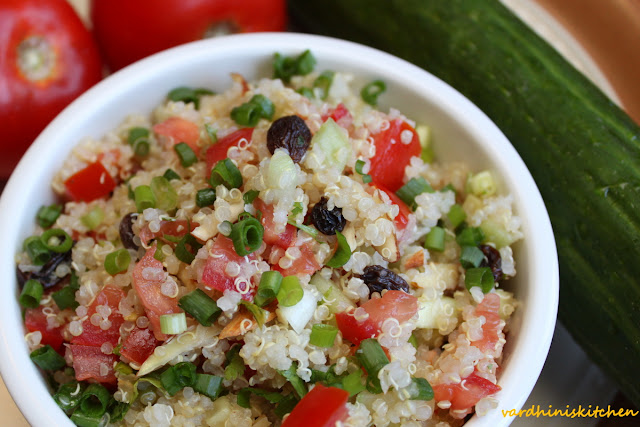 Enjoy!
Tips
1. Although traditionally the herbs play an important role, feel free to alter the ingredients based on convenience.
Sending this to ‘Fast food not Fat food‘ started by Priya and hosted by me, Healing foods event started by Siri, Anamika’s Salad Spread event and to Anu’s Healthy Fiber event. 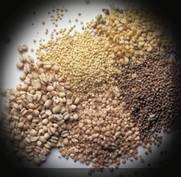