Blogging marathon starts today and my theme is “Combo Meals”. Now when we say “Adai” the next thing which comes to mind is “Avial”. K loves this combo and that is a surprise since he is not a fan of yogurt. Growing up we never cared for a side dish for Adai as the onion and the crispiness were enough for us to eat it without a side dish. In case we craved for side dish we usually settled with Idli Podi. So it was kind of new when K used to ask what the side dish was for Adai. I used to wonder why on earth he wanted a side dish adding more work !!. So that is how the Adai-Avial entered my kitchen. I have to say that it is a lovely combo and I have grown to liking it a lot too.

Avial is a famous dish in Kerala and is basically a mixture of vegetables in yogurt (curd) gravy along with ground coconut and cumin. The tadka is done using coconut oil and that imparts a lot of flavor although I used regular cooking oil. Avial can be made with any combination of vegetables, but the commonly used ones are pumpkin, raw plantain, yam, drumstick and potatoes. Traditionally this recipe uses a lot of coconut, but due to health concerns I cut down on coconut.

I have been meaning to post this the last 2 days. I am the winner of Jayashree’s giveaway and pretty excited to win the ‘Cooking at home with Pedatha’ cookbook. Thanks Jayashree. 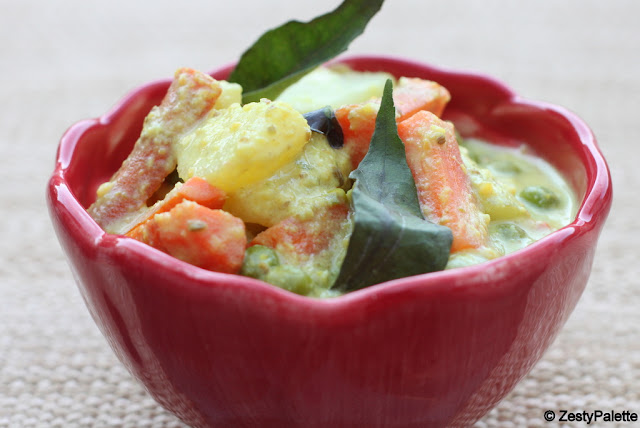 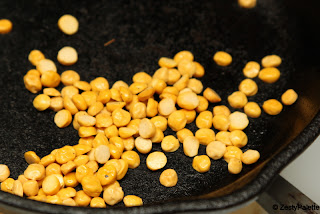 Grind bengal gram dal along with other ingredients under masala (green chillies, coconut and cumin seeds) into a paste. 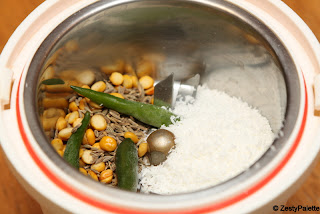 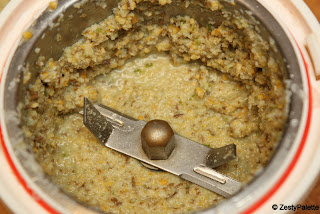 Boil the vegetables with minimum water. I have used carrots, peas, potatoes and cucumbers. 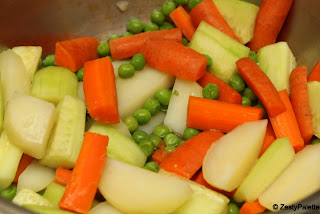 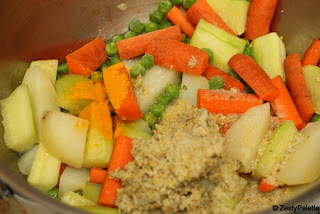 Mix well and lower the flame to simmer. Turn off after 5 minutes. 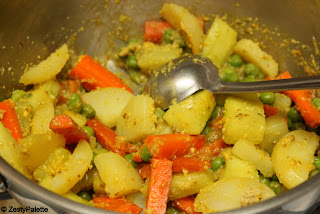 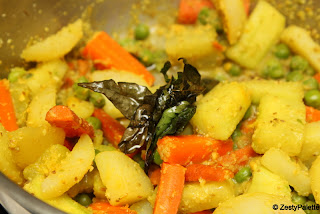 When the mix has cooled a bit, add the yogurt. 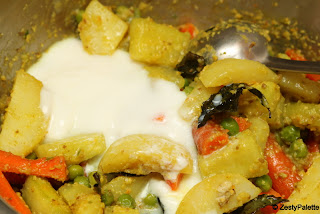 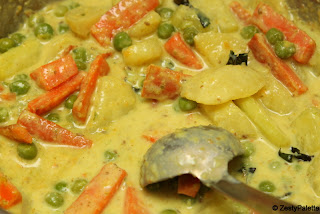 Tasty Avial ready. This is a very easy and simple recipe and is best served with Adai. Back home we had it with vatha kuzhambu. 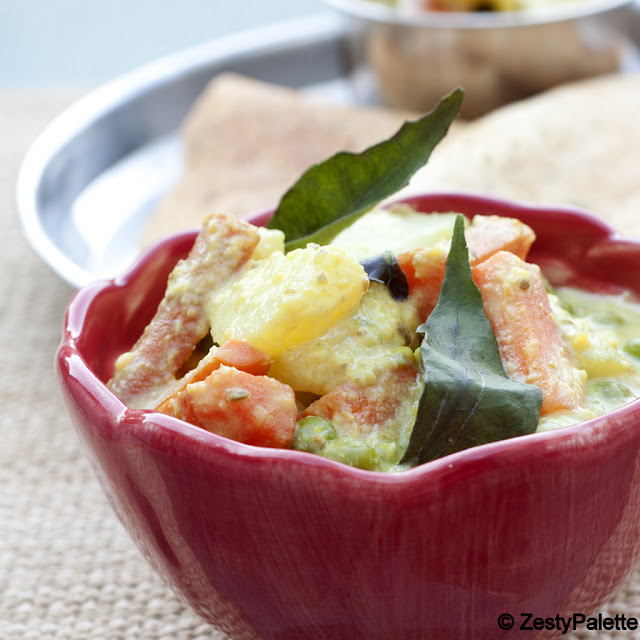 Check out my other friends running the blogging marathon here.

Sending this to Reva’s Veggie/Fruit of month – Carrot event started by Priya.