Fresh spinach, tomatoes and paneer in fridge Now that means palak paneer right. This is a famous dish in North India and me being from south have not even heard of this dish until few years ago. A good friend of mine from North India introduced me to paneer and many other northern dishes. There are so many variations of this dish ranging from low fat to high fat. After numerous attempts I finally got it the way I like it to be using just a little bit fat. There is no compromise on taste though. Try it for yourself. Do not get alarmed with the list of ingredients as most of them are commonly used spices in Indian cooking. So here goes my low fat palak paneer recipe. 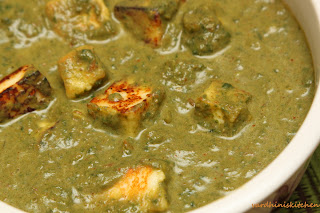 Blanch or boil the spinach and make a puree. 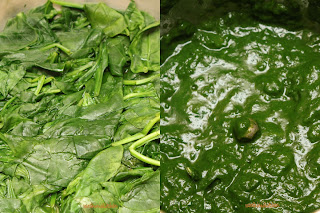 Chop tomatoes and make a puree of it also. 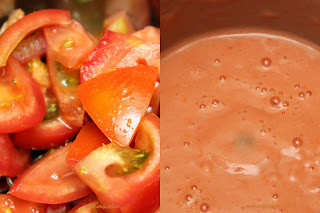 Heat butter and when hot add the jeera followed by onion, green chillies, ginger and garlic. Saute until the onions are cooked. 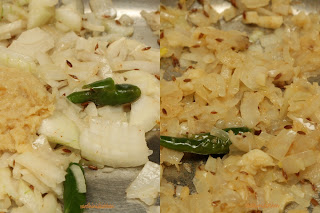 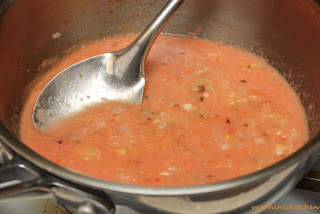 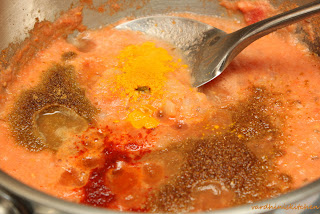 Boil covered until the mixture thickens. 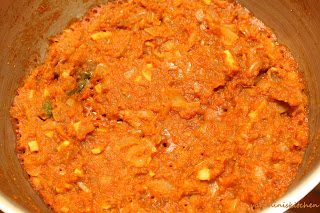 Meanwhile heat a little oil/butter in a non-stick pan and saute the paneer cubes so they get a light brown color. This step is totally optional. We can use the paneer as it is without frying also. 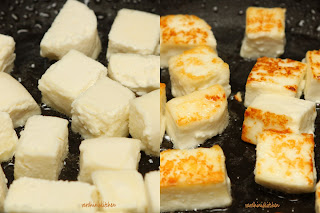 Now add the spinach puree, half and half and the paneer cubes. Turn off the stove in 2 minutes. 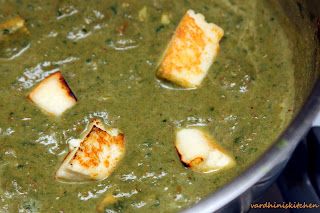 Delicious and satisfying palak paneer ready. We had it with phulkas. 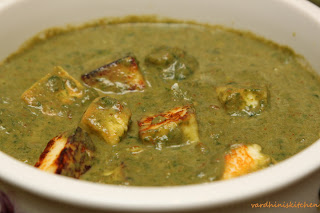 One Response to Palak Paneer